Solo Playtesting for Monster Under the Bed

The next game I’m working on is called Monster Under the Bed. It’s a cooperative card game for families– about age 8 and up, I think. The basic premise is “you are preparing to fight off the monster under the bed.” Everyone needs to have at least 1 good dream worth about 9 points or more in order for the players to win. There are three phases, with the monster deck reshuffling between phases.

I playtested it by myself today at lunch. Dealt out three players’ hands and the monster deck. Here are my notes:

I have a few more notes on this, of course, but these are the bare-bones. I am going to retool parts of it and try to play it with my family in a couple of days. Starting this week, I’m organizing games on Wednesdays at my new FLGS (Friendly Local Game Shop), Empire Game Shop, and this week I brought in a bunch of Lovecraft-inspired games to play.

We didn’t play those, but we did play two demo copies the store has!

END_OF_DOCUMENT_TOKEN_TO_BE_REPLACED 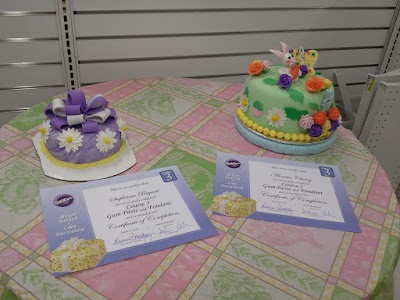 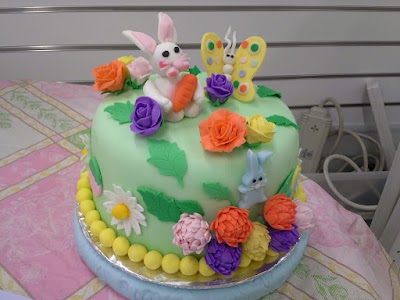 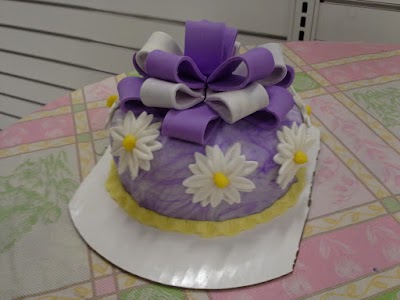 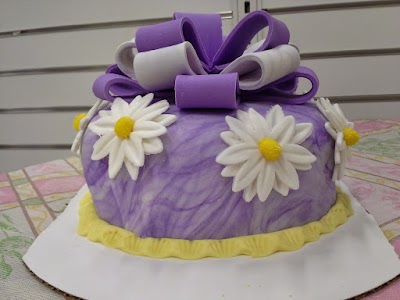 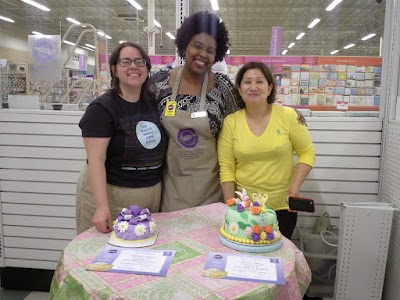 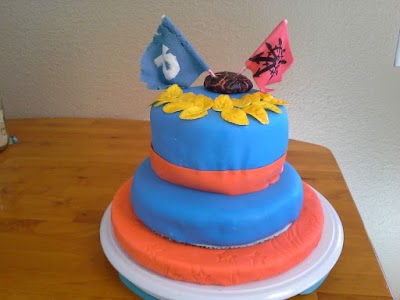 This is basically a “look what I made” post. Enjoy.

Last month, I took the Gum Paste and Fondant class at my local JoAnn’s fabric store. This is class 3 in the Wilton’s cake decorating series.

The parameters for the class are to work with fondant and gum paste to make flowers. So, I learned how to make a bunch of flowers, notably a type of rose, daisies, mums, and carnations.

I hate making carnations, by the way. Mine turned out awful.

Anyway, the final day of the class was 10 days before the Empire Game Shop Grand Opening and Tabletop Day on April 5, so I wanted to make a special cake for the opening.

My instructor suggested that I should make something that still demonstrates I know how to do flowers, so I made the pretty, purple practice cake shown here.

My fellow student Mink made the adorable Easter cake shown, with the bunny and the butterflies and everything. She is very creative!

My purple cake is basically purple marbled fondant with gum paste daisies and a gum paste bow. The cake inside is a basic chocolate “box” cake, 6″ around, with chocolate pudding between the layers.

I ended up serving it to my Ladies League of Invells players– they enjoyed it immensely.

During class, I also rolled out and covered the cake for the Grand Opening. It’s also chocolate. The fondant I used for the base was a rich dark royal blue, and I made a flag cake topper using the Warhammer 40K sigils for Ultramarines and Chaos. Apparently my Ultramarine symbol needs work, but everyone recognized Chaos!

I highlighted with a gold laurel leaf which was supposed to represent the store’s logo. I could have left this off, to be honest– nobody really paid it much attention, and it just made the top of the cake seem a little cluttery.

On the morning of the event, I stacked my cakes, put them on my bright orange cake board, and did a bright orange ribbon around. I affixed the topper and leaves to the top and headed out for the event.

The store owners didn’t know I was making this cake, so when I arrived and casually said “I have a cake in the car for you,” they replied with “Aww, you made me a cake!”

Then I brought it in and it was more like “WOW! You made me a cake!”

The cake was a hit, both visually and gastronomically, with the gamers, who appreciated something sweet after all the pizza that was provided. The event itself was a huge success (though not because of the cake– because of our awesome volunteers and attendees).

How to make things fast

Leila Johnston has a 6-minute video presentation she did at Ignite London recently about “Making Things Fast.” Not about speeding up stuff, but about making things very quickly.

It’s worth a watch, and it’s only 6 minutes long, but if you absolutely hate Internet video, here are the highlights, as interpreted by me:

It’s like a how-to be an ENFP. You know us– we’re the ones who start a project and get bored withing 6 months to 2 years and need to move onto something else, whether the previous project is finished or not. Believe me when I say this, deeply and sincerely– Leila’s views will not work for everyone. In fact, if not for the vast parts of humanity who need to analyze, drill into details, be perfect, and pay great attention to the whole project all the way through, no bridge would ever have reached completion.

I’m putting it here as a reminder to myself that the “14 in 2014” challenge is about the process of making games, not the product of 14 games. I think my Game Designer Meetup group doesn’t understand “process for the sake of process” except in a learning environment, so I find myself repeating that this is a method for learning, not (necessarily) doing.

Making Things Fast – by Leila Johnston from chichard41 on Vimeo.