Regency romance with Egypt-archaeology adventurers, but with some good chemistry between the hero and heroine.

Now, you know I do like a hot story, right? Slow Hands may not be great literature, but it’s quite steamy and fun.

The Birthday Party: A Memoir of Survival, by Stanley N. Alpert

The true story of Stanley Alpert, a federal prosecutor who is kidnapped at gunpoint and manages to survive the ordeal. This hit near and dear to my heart, so much so that I may very well write one of my rare “fan” letters to an author.

Once A Cowboy (Harlequin American Romance Series), by Linda Warren

A twist on the Suprise Baby, we have Surprise Parents! All over the place! With cowboys! and PIs! I wanted to like this one a lot more than I did, but the truth is, I finished it because it was short.

#25: The generic trade paperback, by Doug Miers. A trade paperback compilation of The Generic Comic Book. This is a very entertaining spoof of the superhero comic book genre and the machinery that pumps out comic books but really looks for merchandizing and movie deals to make the millions.
#26 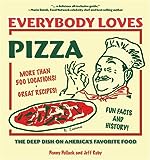 Everybody Loves Pizza: The Deep Dish on America’s Favorite Food, by Penny Pollack, Jeff Ruby
Worth reading, especially for native Chicagoans like me who know that real pizza has two crusts and about 3 pounds of cheese and toppings stuffed between them.
#27

Homespun Bride This was terrible. It was a treacly, god-infused, “sweet.” Think Nicholas Sparks, but the writing was actually worse, if that’s possible. Blind girl has the worst possible luck with horses, yet inexplicably loves them, and the horse rancher who jilted her five years ago, anyway. It’s in the “Historical” line, but it’s actually an Inspirational, with god appearing in pretty much every other paragraph. All of that could be redeemable, if the characters were consistent, but of course, they aren’t– the hero starts out early by saying his prayers for her happiness, as he has “every night for the last 5 years,” but then later, there’s a repeated to-do over the fact he isn’t much for praying, and a big crux of the storyline is him coming to terms with his faith and the plan god has laid out for him. Clearly, I didn’t like this book, and I wouldn’t recommend it to anyone, even if they expressed an interest in inspirational romance novels or sweets. A “sweet” is a romance novel in which there is no sex description at all, with the hottest part of it being a few kisses. This was technically a “sweet,” but the author relied far too heavily on telling the reader that these characters were full of emotion instead of actually demonstrating in any way, shape or form, that they cared about each other
#28

Persepolis: The Story of a Childhood, by Marjane Satrapi
Graphic “novel” (autobiography) in the tradition of Maus, an excellent read about growing up in Tehran during the revolution(s). A little harrowing, but educational. I definitely recommend it. The stark artwork gives the story a weight that matches its subject matter.
#29

Private Arrangements by Sherry Thomas. An entertaining Victorian-era romance novel about a married couple seeking a divorce after 10 years of estrangement.

#60: The Stone Sky by N. K. Jemison. Third in END_OF_DOCUMENT_TOKEN_TO_BE_REPLACED

#65: Ryuutama game book Busy  month, not much time to END_OF_DOCUMENT_TOKEN_TO_BE_REPLACED

#56: The Prophecy Con by Patrick Weekes #57: Dreadnought by END_OF_DOCUMENT_TOKEN_TO_BE_REPLACED